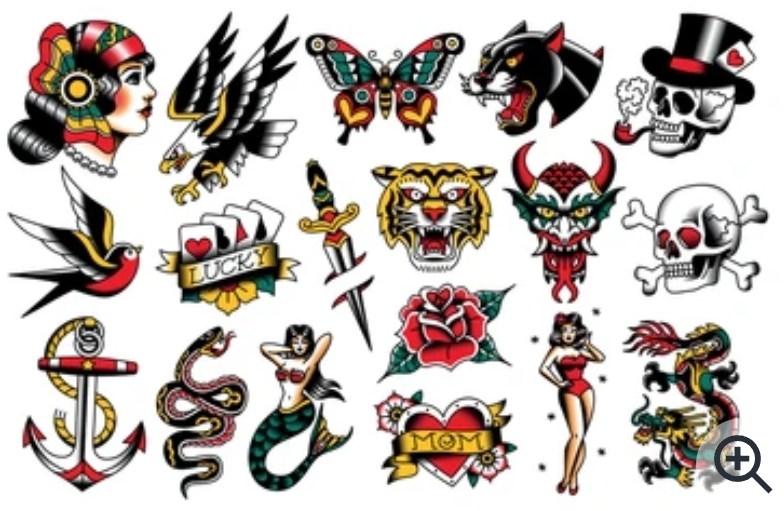 The internet is a bit divided regarding the many styles of tattoos that exist. By styles, I mean the way the art is interpreted and represented by the tattoo artist. We can’t forget that tattoos are works of art transferred/tattooed onto the body. Just like artwork through the ages developed and matured over time, so has tattooing. It’s a lot more than “Should I get my tattoo in color or black and white?” Of course, it is imperative to pick the correct tattoo artist for the style you want, but we’ll go into that another time!

In the next few, posts I’d like to focus on the styles that seem to be universally agreed upon. Those tattoo styles include: traditional/old school, new school, watercolor, tribal, blackwork, Japanese, geometric, sketch, trash polka, realism and anime. I don’t want you to confuse the style of the tattoo with the subject of the tattoo. For example, five different people could get a tattoo of a tomato, but that tattoo would look completely different done in each style. So let’s get down to these styles and find out why they are so popular.

The traditional or old school style has been around since the early 20th century with the invention of the electric tattooing machine and flash walls. Yes, I had the same question: “What are flash walls?” Basically, when someone walked into a tattoo parlor, a certain set of common designs were on the wall and that is the only thing that was tattooed at that parlor. Sailors were the most common frequenters of these establishments and that is where we get the standard look and feel of the old school style. For example, a tattoo of King Neptune meant that the sailor crossed the equator. Another example would be a sparrow tattoo, which was earned by the sailor when they traveled 5,000 nautical miles. All of these tattoos had meaning behind them and the tattoo style is known by a think black outline, vibrant coloring and a general theme revolving around americana or simple drawings; eagles, dice, cherries, or skulls, to name a few.

Another popular style of tattooing is tribal tattoos. Tattooing has been around since the dawn of civilizations. Our ancestors have been marking their bodies with ink based on their indigenous traditions and they used a variety of tools to mark their bodies, like bone fragments or even thorns. Hawaiian style tattooing called Kakau is probably what comes to mind when you think of tribal tattoos. Imagine Dwayne Johnson’s large tattoo on his chest and shoulder and that is what the Hawaiian style looks like. All of those lines and patterns mean something in the Hawaiian tradition and the tattoo tells a story of that person’s life. Elements like turtles, shark’s teeth, flowers, and other line styles indicate the paths the wearer has taken through life. Other tribal tattoo styles are Maori, Samoan, Celtic and Aztec. Each one has its own place in their culture, but we have adopted that style in mainstream tattooing because of the eye-catching designs.

Stay tuned for the next post which will include lots of information on the new school, blackwork and watercolor styles of tattooing! 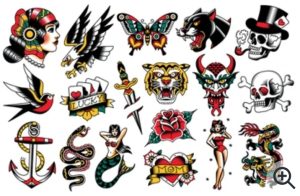 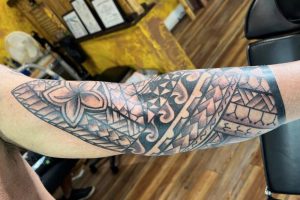 The Art of the Tatau 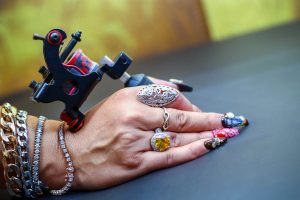 Good Vibrations Ink is International Drive’s premier tattoo shop. Our exceptionally talented and friendly artists have been catering to Orlando’s tattoo and body piercing needs since 2016. Our tropical theme, professionalism and dedication to “good vibrations” have attracted artisans and tattoo enthusiasts from around the world. We would love for you to visit and live the tattoo experience we have to offer.

Tattoo by @joe_caro_tattooing. Book appointment to

Check out @piercings__by_riuska__ body piercer in